Changes to my blogging

It's been a while. I've been busy and I set too high standards for my posts to keep up a weekly pace. So, I'm going to try and make shorter simpler posts more frequently.

Here are the highlights of what I've been busy with: 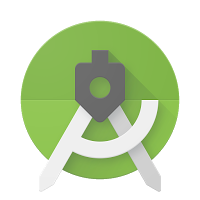 I installed Android Studio on a virtual machine as a start on my new series on Android development. It was very different than the first time I did it, and it took way more space than I was expecting. And then I got interrupted...

I have fallout from the impending removal of StartCom/StartSSL's certificate from Firefox's and Chrome's list of trusted certificates. Here is a Mozilla blogpost about it.

They were the cheapest commercial source for trusted certificates, and I got certificates for my own and some websites I maintain, for a little over 100€ / year total. The next best commercial alternative would have cost me thousands of Euros for the same thing and been less flexible.

Basically, I agree with the reasons for decertification, but that left me (and thousands of others) with no viable commercial source. It disgusts me, that commercial sources require large amounts of money for little to no work. After verifying that you are who you say you are, it's basically a click of a button to create a certificate. Yet all the certificate providers (except StartCOM) charge large amounts of money for a certificate, and extra for every sub-domain of a domain you've already shown you own.

Enter non-commercial Let's Encrypt! The certificates they issue last only three months, but they're completely free. I found a plugin for Plesk (the software I use to control my VPS) that made the transition relatively painless. Once set up, it is a lot easier to install a "Let's Encrypt" certificate than a regular certificate. I only had a few issues with websites using ProxyPass, but that's all fixed now.

The issue of SSL/TLS is pretty important, I'll probably do a whole blog post on it later.

There were several reasons for this. A primary motivator is that I need experience with phpBB for a paying project I'm working on. The requirement is for writing serialized documentation, where different people can write entries, but may not change other's entries, and when they change their own entries, those changes are documented. This is basically the same as threads in a bulletin board with login and edit logging, so that's what I will be installing for the project.

I've also been a hobby-writer for a long time. Years ago I was a member of a similar website, RateYourWriting.com, that is now defunct. I want a little of that flavor and a bit of the regular "writing group" flavor. I don't think a regular English-language writing group is really possible here in Marburg. Aside from the setting up phpBB I've learned about phpBB extensions and programming in PHP - the edit logging is also useful for the writing group and I created a word count extension. I will be releasing it to Open Source once I've got internationalization working correctly.

A blog for my father on Multiple Sclerosis 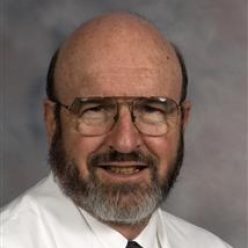 I created a blog for my father and have spent a bit of time helping him with it. WordPress is soooo much easier than ghost.

Writing a WebApp from scratch

There's been a feeler for a project that would start next year, and would involve writing a WebApp. I'm pretty sure I can sell this WebApp to others as well, so I'm getting a head start on it. And if it doesn't work out, at least I'll have gotten some more practice in PHP.

I installed Ubuntu on an old laptop that had XP, that didn't have enough space for the latest Windows XP update. The laptop also has a problem with the DVD drive - there's a loose connection, but if I hold the drive in a particular way, it will work. So I spent a few hours holding a DVD drive so it would boot and install from the boot DVD. I'm a bit surprised that Ubuntu no longer supports boot/install CDs - supporting older, resource starved devices used to be one of the big reasons for using Linux.

Then I got a cheap bluetooth headset. Getting that to work with my smart phone was a little bit fiddly, too, but not too much trouble.

Trying to get bluetooth to work properly on my Windows 7 64-Bit was an utter failure. Apparently the standard bluetooth driver for my bluetooth dongle under Windows 64-bit is missing support for a lot of devices, so they recommend installing Windows 7 32-Bit. Grrrr. I may revisit this.

Happy Thanksgiving! And boycott Black Friday! Spend the time with family and friends.

Serving Email Part 1: The Pieces to the Puzzle

This was supposed to be a single blog post. But it has expanded until there is no way to…

In programming, as in most professions, the tools make the master of the craft. You have to know which…