Why? What is this blog for?

My goals for this blog are: 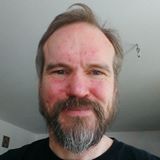 My full name is William David Herndon. Everyone calls me Bill. Born in 1961, I went to Carnegie-Mellon University from 1979 to 1984 - that makes me an old school programmer. You may have noticed that 1979-1984 is five years: that's because I couldn't decide what interested me most. I did everything I could, and ended up with two B.S. degrees: Applied Mathematics (Computer Science) and Electrical Engineering / Biomedical Engineering. Then my wife and I moved to Germany "for a year", and stayed. I've worked on a great number of interesting projects, that I hope to get around to talking about in this blog. I am currently concentrating on programming in Android.

My next post will be about everything involved in actually creating this blog - a blow-by-blow so that, should you be foolhardy enough to want to do the same, you can.
After that, I have been writing an Open Source Android app, WeatherApp, to show weather data for a sub-group of Ingenieure ohne Grenzen (Engineers without Borders). I would like to turn that into a series of posts that should help the reader trying to write their own Android app.

Despite my best attempts to make this shorter and simpler, this is extremely technical. You may want to skip…